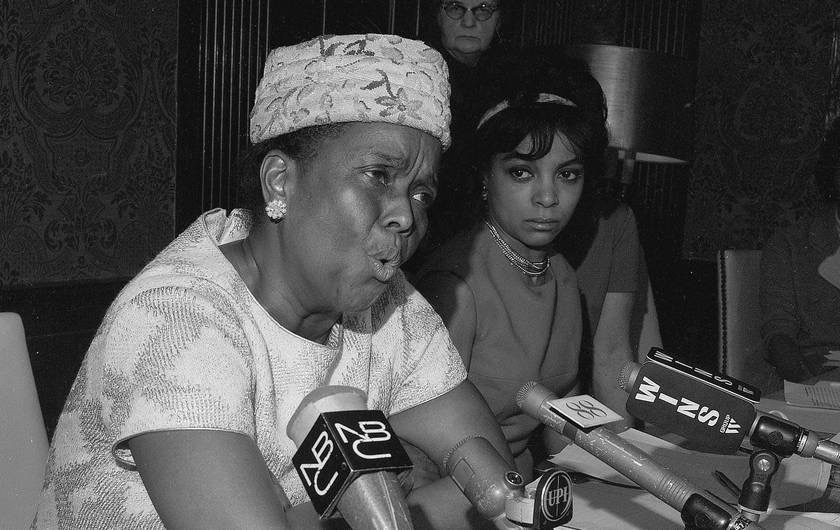 To finish Women’s HIstory month, we want to highlight,A�6 Must Know Women in African-American History. These women exude the true values that a Black Southern Belle should be. From making changes in the world with style, we are honored to share the story of these women and to continue in their legacy.

The history of black people in America is, in fact, a large part of the history of America itself. That said, ita��s vitally important to honor and acknowledge the contributions of African-Americans throughout the ages on both a national and regional level. However, ita��s also time we realized something about the way we tend to go about it. All too often, we focus mostly on the contributions of African-American men, leaving the equally important accomplishments of black women out of the equation.

While many of us have heard of historic greats like Harriet Tubman or Sojourner Truth (and with good reason), theya��re far from the only black women who have helped make history in incredible ways. The following are just a few examples that absolutely deserve to be part of your ongoing studies.

Wea��re not exaggerating in the least when we say the Civil Rights Movement wouldna��t have been the same without the contributions of Ella Baker. Over several decades of robust activity, Baker was part of multiple influential groups including but not limited to the NAACP and the Southern Christian Leadership Conference.

In 1960, Baker also played a major role in the founding of the Student Nonviolent Coordinating Committee. After African-American college students organized a sit-in in Greensboro, Alabama at the lunch counter of a local Woolwortha��s, Baker decided to organize a meeting with the inspiring young activists. SNCC would be the result. The organization would go on to organize the 1961 Freedom Rides against segregation, as well as play a major role in driving African-American voter registration during the Summer of Freedom in 1964.

If youa��re familiar with the phrase a�?Ia��m sick and tired of being sick and tired,a�? then youa��re already acquainted with the spirit of Fannie Lou Hamer. Hamer was a passionate civil rights leader and voting rights activist. She also played a large role in the organization of the Mississippi Summer of Freedom in association with SNCC. She would eventually also go on to become vice-chair of the Mississippi Freedom Democratic Party.

In addition to being a dedicated advocate for civil rights, Hamer was a deeply spiritual woman. She lived faithfully by her deep-rooted religious beliefs, as well as spoke by them, often making spiritual statements a part of her fight for civil rights. She would continue to fight tirelessly for social justice, peace, and equality until her death from breast cancer in 1977.

Born Sarah Breedlove, C.J. Walker wasna��t just any noteworthy black female figure in history. She is widely recognized as one of the very first American women of any race to make herself into a millionaire. In the 1890s, Walker was moved by the painful experience of early hair loss to develop a line of hair care products designed especially for black women.

She started her business by selling her products door-to-door and was very successful at it, thanks to her natural tenacity and brilliance. Eventually, she would go on to produce her products on a much larger scale, cultivating a team of over 40,000 brand ambassadors in the process. Walker was also well known for being a passionate philanthropist, making sizeable donations to organizations like the NAACP and the YMCA.

Like many noteworthy black figures throughout history, Dorothy Height is best known for her work in the fight for equality. However, her efforts were particularly well known for focusing on the many ways racism and sexism are linked when it comes to the ongoing struggles of African-American women.

Height was one of the organizers of the 1963 March on Washington, the very march that culminated in Martin Luther Kinga��s timeless a�?I Have a Dreama�? speech. She is also widely considered to be one of the a�?Big Sixa�? of the Civil Rights Movement. However, her large role was often ignored by the press, thanks to the fact that she was a woman.

Height would go on to be an important part of the YWCAa��s ongoing integration efforts, eventually acting as the very first director of the organizationa��s Center for Racial Justice. She would go on to have many other achievements as well, including cofounding the National Womena��s Political Caucus and receiving the Presidential Medal of Freedom in 1994.

Audre Lorde isna��t just an important voice for women and African-Americans. She was also a lesbian, so she is a crucial part of LGBT social justice history as well. Over the course of her lifetime, Lorde would pen numerous poems, speeches, and other writings that directly addressed the need for solidarity when it comes to all struggles against oppression and discrimination.

Lordea��s writings are also noteworthy for representing excellence in their own right. For instance, her 1973 collection of poems, From a Land Where Other People Live, would be nominated for a National Book Award.

Shirley Chisolm is best known for becoming the first black woman from the New York City district to be elected to Congress in 1969. Her career got its start in education administration after she earned her mastera��s from Columbia University. She would go on to serve as a New York City Bureau of Child Welfare consultant.

From there, her work and experiences would begin to steer her toward politics. She would spend three years serving as a state legislator before eventually making her way to the United States House of Representatives. Shortly after, she would co-found the Congressional Black Caucus.

Chisolm is also noteworthy for becoming the first black candidate to vie for a major party nomination. She would accomplish this when she entered the Democratic primary during the 1972 presidential race.

Of course, these are just a few of the many noteworthy African-American women who deserve to be remembered, recognized, and continuously honored for their contributions. Introduce yourself to many more just like them when you explore both national and regional African-American history. Youa��ll be glad you did.