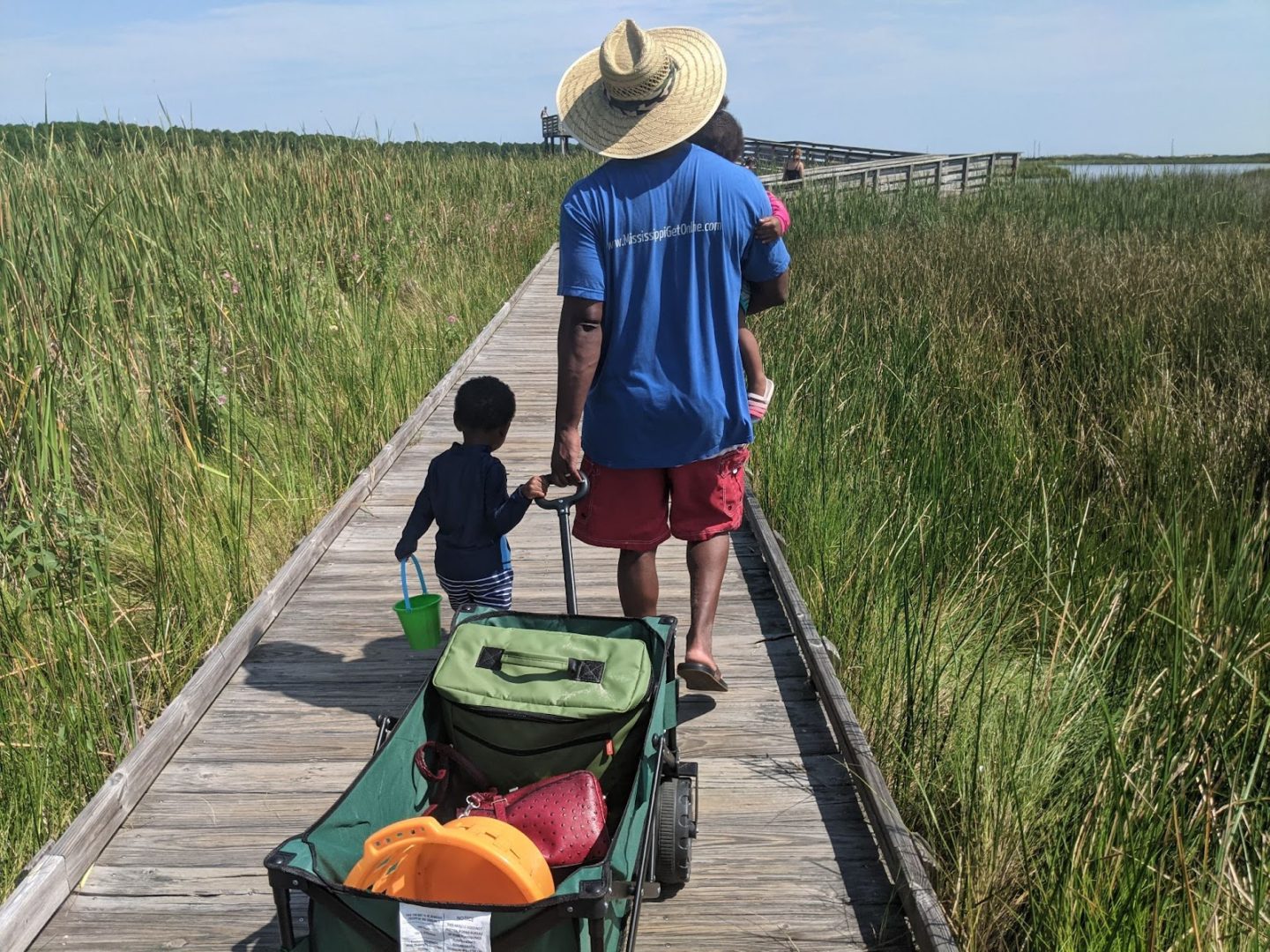 The Outer Banks region of North Carolina is one of the most popular family vacation destinations on the East Coast.  But this region of Northeast North Carolina offers so much more than the beaches, water, lighthouses, Wright Brothers, and wild horses of Corolla. To entice you into choosing this as your next family vacation destination, a few highlights of the northeastern region are shared below to assist you in creating a self-guided tour of a few important African American sites. There are many ways to start your exploration but we start from the southernmost location. 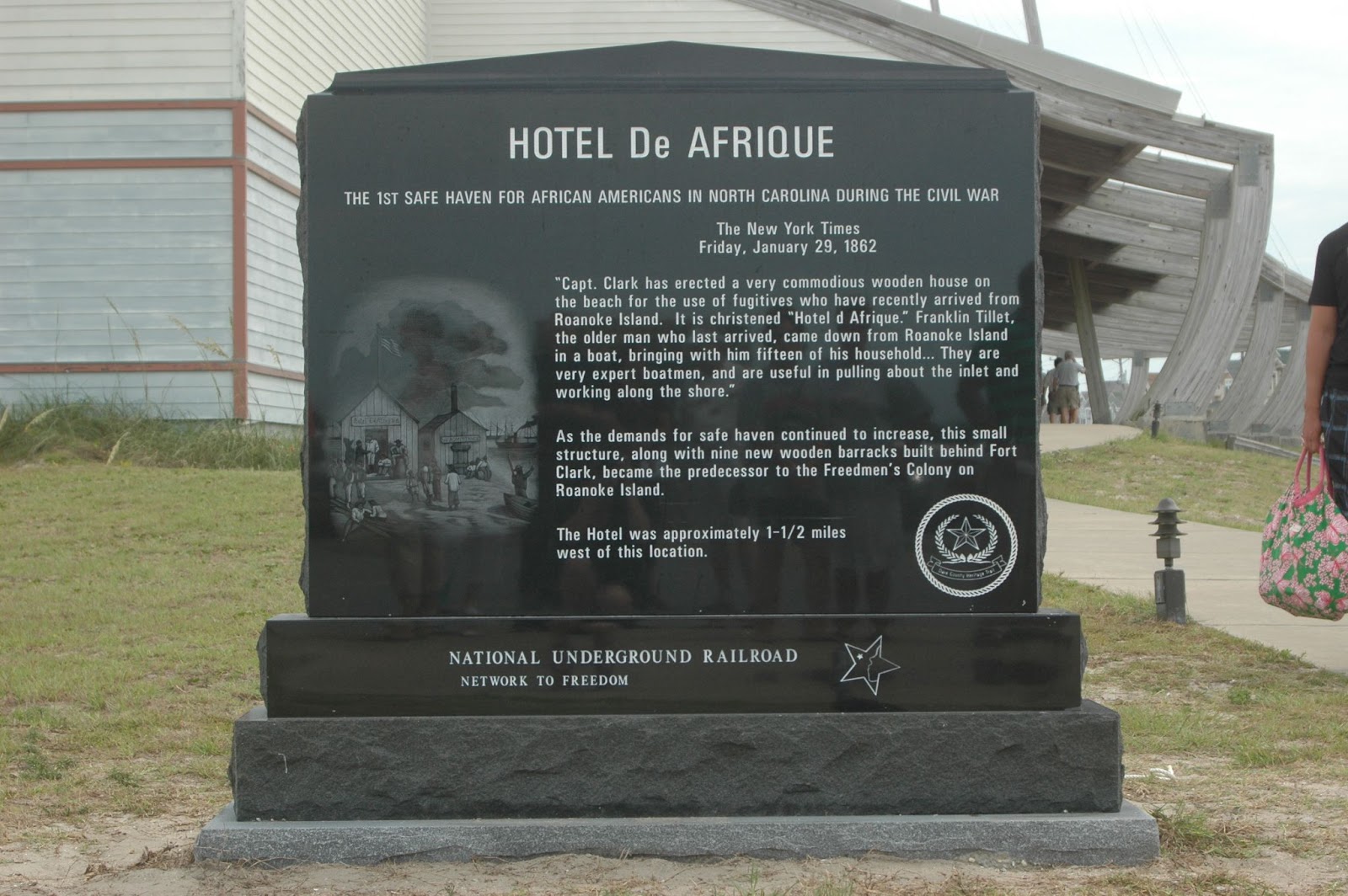 Hatteras Island and Manteo are more than an hour apart. If you begin in Hatteras and travel to Manteo, you have the makings of a good day excursion traveling along the Cape Hatteras National Seashore, but you may want to make it longer to take in the different beaches, lighthouses and nature preserves. At the southern end of Hatteras, you will find the Graveyard of the Atlantic Maritime Museum overlooking Hatteras Inlet with a monument to Hotel De Afrique, a freedom seekers refuge. The museum has self-guided tours and other activities for everyone in the family. In Manteo on Roanoke Island, you will find a wealth of Black history such as Island Farm, a living history site that includes Miss Chrissy’s Cookhouse, a living monument to Christiana Bowser, a long time Black cook at the farm. You’ll find interpreters there demonstrating what life was like when Miss Chrissy was alive. The First Light of Freedom Monument commemorating the Roanoke Island Freedmen’s Colony and the NC Aquarium on Roanoke Island are also nearby.

While departing north from Manteo toward the mainland, you will drive by Jockey’s Ridge State Park and Wright Brothers Memorial en route to Historic Jarvisburg Colored School. It represents a historical and cultural link to all of Currituck’s schools for African Americans beginning in 1868 through 1950. 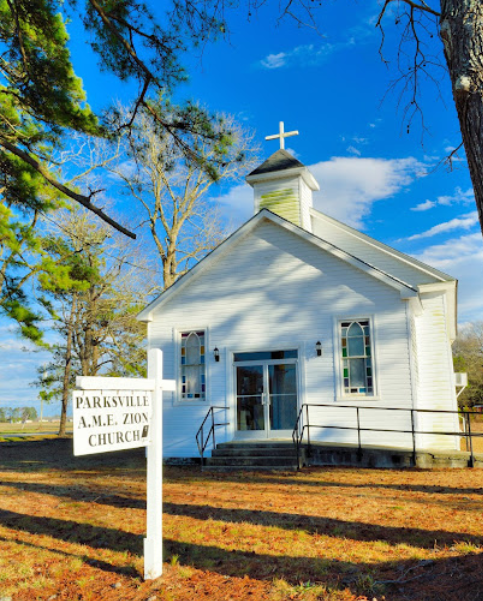 South Mills is a tiny unincorporated town in Camden County, but it is a location of great historical impact. It is the home of the McBride Colored School, a Rosenwald school opened in 1928. The Rosenwald Community Center stands in its place now. Other sites in the county are Camden Heritage Museum & Historic Jail, Parksville AME Zion Church, Dismal Swamp State Park and Dismal Swamp Canal. For an extended vacation, the Dismal Swamp State Park and Canal in South Mills offer recreation on land and in the water as well as a place to learn about freedom seekers (maroons) who lived in the swamp to avoid being returned to slavery.

Elizabeth City is known as the “Harbor of Hospitality,” a welcome spot for boaters who dock for short-stay visits. At one time, it was a major shipping port, and is home to one of the largest Coast Guard bases in the nation. It rests on the Pasquotank River and was an important gateway to freedom for many enslaved Africans journeying on the Underground Railroad. on the property of Mid-Atlantic Christian University is a marker on the spot where the U.S. Colored Troops camped as well as freedom seekers during the Civil War. Mariners’ Wharf was a site of the reading of the Emancipation Proclamation and where Black residents celebrated Emancipation Day every January until the 1930s or so. The Elizabeth City State Teachers College Historic District, the original six campus buildings on the current site (an earlier building was rented on Shannon Street, now Herrington Road), are historic landmarks. The college is now known as Elizabeth City State University. Grab lunch or early dinner at Oh Yard Boyz Soul Food.

Make sure to stop in Hertford to see the Colored Union Soldiers Monument as you travel to Edenton.

Edenton is the county seat of Chowan County, North Carolina on Albemarle Sound. The town was originally a colonial settlement by Jamestown VA settlers in 1658. Known for the preservation of its historic architecture from the 18th, 19th and early 20th centuries, the town’s African American population is more than 50% of the total population.

It is the birthplace of Harriet and John Jacobs, siblings born into slavery who became noted abolitionists. Harriet Jacobs as “Linda Brent” is best known for her book, Incidents in the Life of a Slave Girl, which was published in 1861 after she sought freedom as a runaway. There is a Harriet Jacobs guided, walking tour you and your family can enjoy. Take the Edenton Trolley Tour through the historic Black district and other parts of town. Visit the Decorative Arts Gallery for a virtual tour of East Gale Street, Edenton’s showcase of Black craftsmanship and artisanship. You can also stop by to see one of the rental properties owned by the real estate mogul and formerly enslaved Josephine Napoleon Leary.   The Maritime Underground Railroad Site in Waterfront Park is the historical place where many freedom seekers exited NC on the Underground Railroad.

When you’re ready to eat, try the Black-owned and family-friendly Inner Banks BBQ. The Table at Inner Banks is a place you can go for a more formal dinner service.

This is just a sampling of what awaits you in the northeastern region of North Carolina. There’s so much more.