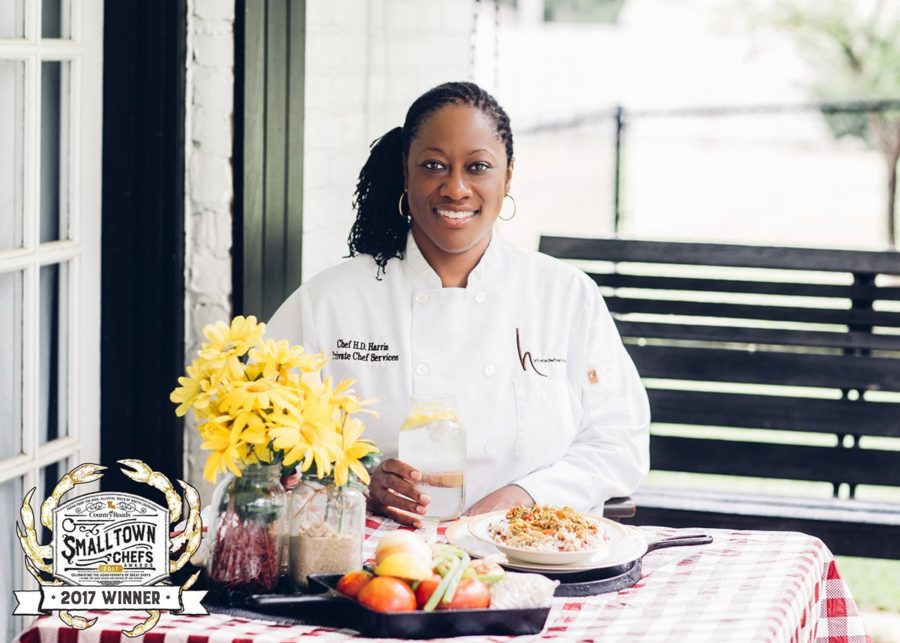 The culinary road Hardette Harris travels is filled with serendipity and the unexpected.

In 2013, Harris left San Antonio, Texas and headed home to Minden, Louisiana, a small town not far from Shreveport. She returned to be near her aging parents, Thelda and Welton, and to continue private cheffery. As timing would have it, soul food scholar Adrian Miller had just released “Soul Food: A Surprising Story of an American Cuisine, One Plate at a Time,” which contained quotes by Harris. In those references was the mention of a Louisiana foodways different from Creole and Cajun cuisines, which piqued the interest of Miller and other culinarians.

Harris wondered what to do with her assertion that a cuisine existed in the same state as two of the world’s most famous cuisines – Creole and Cajun. She wasn’t a scholar like Miller and had no interest in becoming a ‘celebrity’ chef, so she felt she needed to know what to do next with the sudden attention for stating what she thought everyone knew.

As it turned out, everyone didn’t know but the right ones would know when she hosted a dinner – The Dream Dinner – in commemoration of Martin Luther King’s birthday. Adrian Miller was her featured guest in Minden for a dinner to promote racial reconciliation as well as a discussion about his book. Harris served as chef creating a menu of foods well-known in the region.  Foods she authenticated as Northern Louisiana cuisine that are informed by different food preparations, crops indigenous to the region, and the sources: African slave, Native American, German, English, and French.

Present at the dinner was Louisiana State Rep. Gene Reynolds who was impressed with the meal to develop a conversation with Harris that led him to introduce House Concurrent Resolution 88, for the official meal of North Louisiana, which passed with a unanimous vote on April 29, 2015.

In 2017, Hardette Harris was honored as one of eight Louisianians of the Year by Louisiana Life magazine. Esteemed by Gov. John Bel Edwards and Lt. Gov. Billy Nungesser, Harris received recognition for her work as chef, culinary educator and the creator of the official North Louisiana meal.

She created “Us Up North” a culinary experience and food tours company designed to showcase the food of North Louisiana, the farming communities that produce the food, and the restaurants that serve those foods on their menus. And her “Pure Louisiana Soul” food demonstrations are a huge hit at festivals and food shows.

Country Roads magazine named Harris a winner of their “Small Town Chefs” award in June 2017. In 2018, Harris was featured in the Louisiana Travel Inspiration Guide as a “Louisiana Original” alongside renowned chefs Emeril Lagasse and John Folse. She recently joined her friend Howard Conyers on his PBS program Nourish for The Great Cornbread Debate.