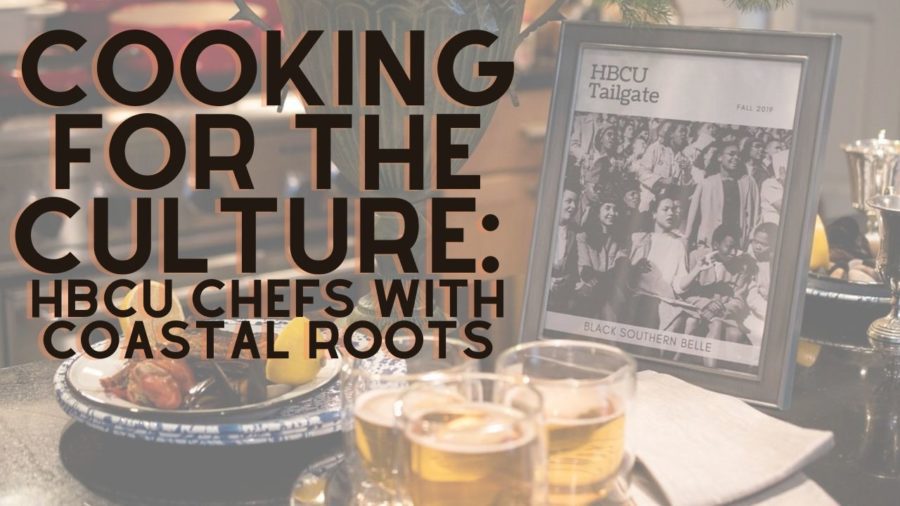 Academics, athletics and cuisine are some of the factors that make HBCUs feel like a home away from home for their student body. Many of these institutions, nestled in mostly Southern communities, have birthed culinary leaders and food lovers that represent their colleges and their culture through cooking!

Cooking is a pastime that’s famous in the African American household and is meant to bring love and camaraderie around the table. For many, cooking is a passion they’ve always had and for others, it was a hobby that grew on them as a career-switch. Take a look at some of these culinary connoisseurs and how their coastal upbringings inspire their creations!

For Chef Tobias Dorzon, winning is a habit, on and off the field. This former NFL player traded in his football cleats for an apron. Yes, Tobias Dorzon knows his way around a field –  and he knows his way around a kitchen. As a Jackson State University graduate, Dorzon has played professional ball for the Tennessee Titans as well as the Tampa Bay Buccaneers. Upon his departure from the league, he became a professional chef and has mastered meals for celebrities from Snoop Dogg to other professional athletes. This Washington, D.C. native began infusing his coastal, southern roots into his personal catering company, Victory Chef after cooking for Santana Moss and his family. Dorzon also brings his A game to Victory Truck, his D.C.-based food truck and his restaurant Union Oyster Bar & Lounge, also based in D.C.

Chef Latoya Fairley is from the seaside city of Long Beach, California. While attending Benedict College in Columbia, South Carolina, Chef Toya was on the women’s basketball team and studied business administration. Since graduating, Chef Toya has become a professional chef with clientele including NBA and NFL stars. Fairley has been running her privately owned and operated catering company, California Love Catering LLC for the past three years. Her company’s motto is “A Taste of the West Coast” and many of her meals are Baja inspired. Other specialties she offers are soul food. She also provides meal prep and private catering options.