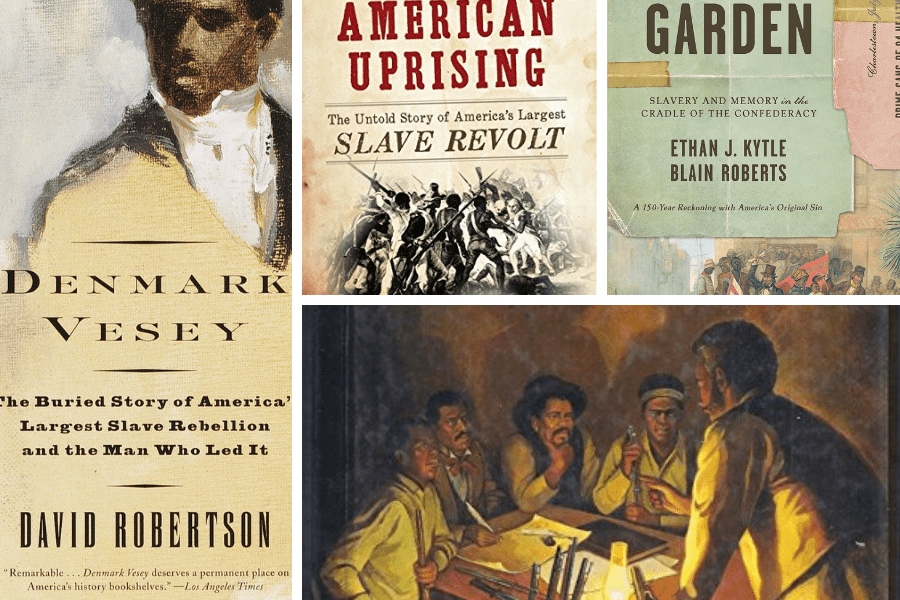 Denmark Vesey is one of the most prolific figures of the 1800s, especially in the South. He led one of the largest slave rebellions in Charleston, SC in 1822 and we are honored to share a few of our favorite books that chronicle his life. If you are looking to learn more about history or explore a new story check out these Denmark Vesey Books To Add To Your Library. Share more of your favorite history books using the hashtag #blacksouthernbelle

Denmark Vesey Books To Add To Your Library 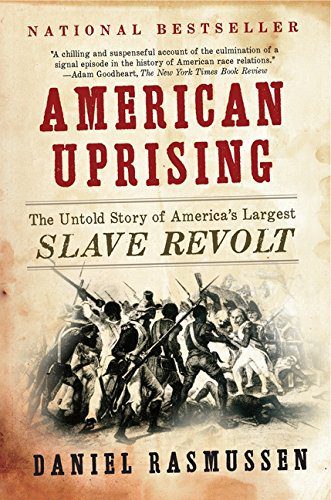 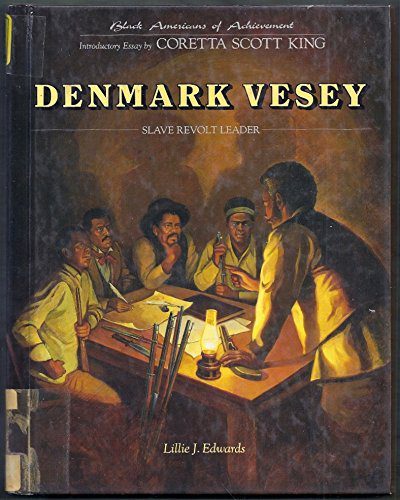 A biography of the black freedom whose planned slave revolt in 1822, while never materializing, caused South Carolina to pass severe laws restricting the education, movement, and occupation of free blacks and slaves.

Denmark Vesey’s Garden: Slavery and Memory in the Cradle of the Confederacy

In the tradition of James Loewen’s Lies My Teacher Told Me, a deeply researched book that uncovers competing histories of how slavery is remembered in Charleston, South Carolina—the heart of Dixie

A book that strikes at the heart of the recent flare-ups over Confederate symbols in Charlottesville, New Orleans, and elsewhere, Denmark Vesey’s Garden reveals the deep roots of these controversies and traces them to the heart of slavery in the United States: Charleston, South Carolina, where almost half of the U.S. slave population stepped onto our shores, where the first shot at Fort Sumter began the Civil War, and where Dylann Roof shot nine people at Emanuel A.M.E. Church, the congregation of Denmark Vesey, a black revolutionary who plotted a massive slave insurrection in 1822.

Denmark Vesey: The Buried Story of America’s Largest Slave Rebellion and the Man Who Led It

In a remarkable feat of historical detective work, David Robertson illuminates the shadowy figure who planned a slave rebellion so daring that, if successful, it might have changed the face of the antebellum South. This is the story of a man who, like Nat Turner, Marcus Garvey, and Malcolm X, is a complex yet seminal hero in the history of African American emancipation.

Denmark Vesey was a charasmatic ex-slave–literate, professional, and relatively well-off–who had purchased his own freedom with the winnings from a lottery. Inspired by the success of the revolutionary black republic in Haiti, he persuaded some nine thousand slaves to join him in a revolt. On a June evening in 1822, having gathered guns, and daggers, they were to converge on Charleston, South Carolina, take the city’s arsenal, murder the populace, burn the city, and escape by ship to Haiti or Africa. When the uprising was betrayed, Vesey and seventy-seven of his followers were executed, the matter hushed by Charleston’s elite for fear of further rebellion. Compelling, informative, and often disturbing, this book is essential to a fuller understanding of the struggle against slavery.