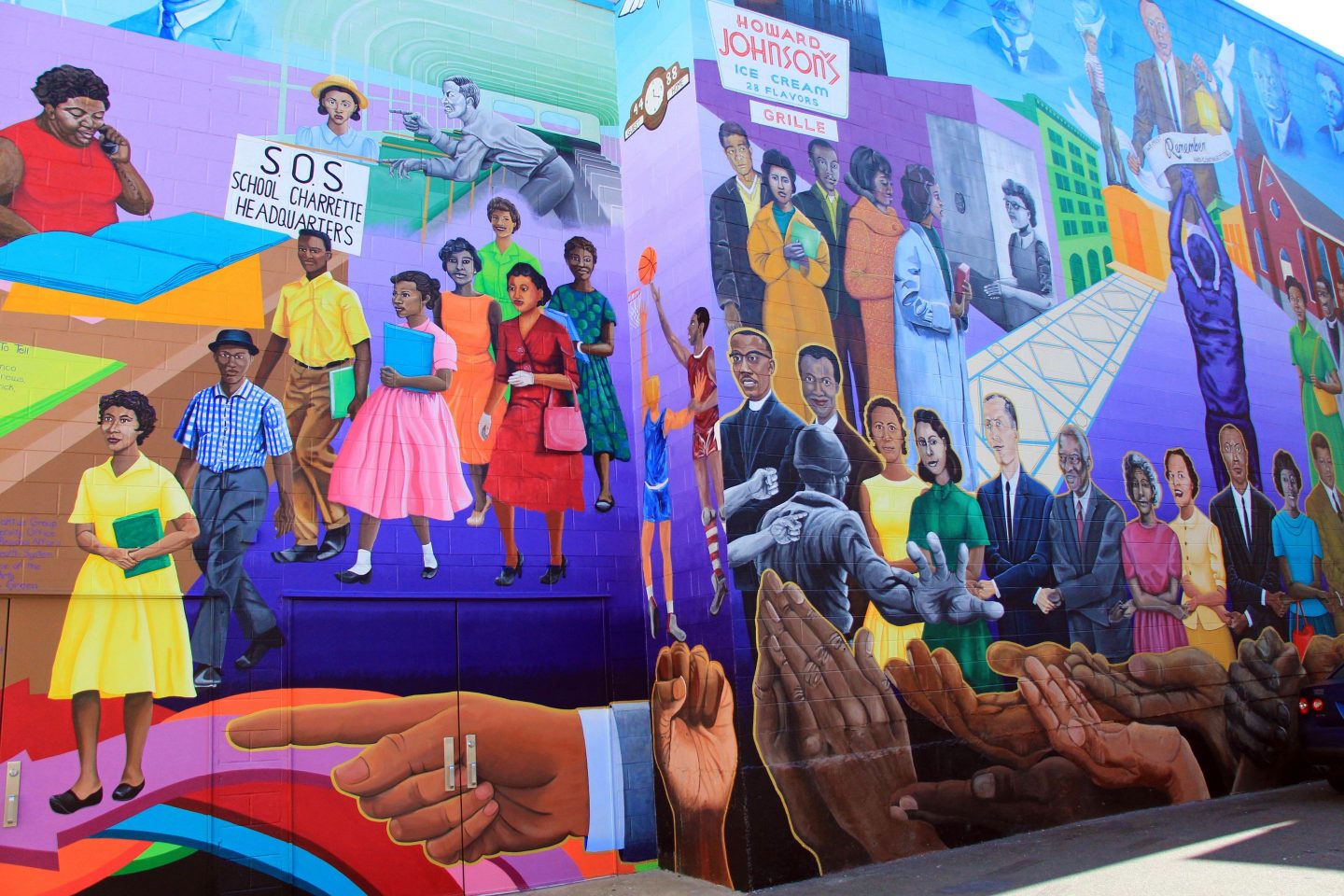 Although a South Carolina girl at heart, I enjoy visiting the Tar Heel state often. In one of my recent trips, I was able to explore the Bull City, Durham, NC and it did not disappoint. With my husband and baby in tow, I learned a lot more about the rich African American history and food culture of this North Carolina town. With a small town vibe and big city fun, Durham is definitely a place a family should add to their travel bucket list. Explore my Durham, NC Travel Guide: Black Southern Belle Edition and be sure to share images of your travels with us on social media using the hashtag #blacksouthernbelle

Morehead Manor Bed & Breakfast is a black-owned and operated, 8,000-square foot home that features four guestrooms, each with their own private bath. The owners, Monica and Daniel Edwards, opened the inn 20 years ago. It was originally built for CEO of Liggett and Meyers, Colonial Revival-style home also has a carriage house and is within walking distance to many of Durham’s historical and cultural treasures such as the Durham Performing Arts Center.

Our tour of Downtown Durham ultimately led us to the Carolina Theatre on West Morgan Street, where we had the opportunity to tour the “Confronting Change” Civil Rights exhibit. The exhibit was curated by members of the community who were involved in protests during the Civil Rights era.

I had the pleasure of dining at Zweli’s, a family-style African restaurant, which is on Durham-Chapel Hill Boulevard, a few miles from the manor and downtown Durham. The owner and executive chef is Zwelibanzi Moyo-Williams or Zweli for short. The restaurant’s concept and menu are inspired by the chef’s Zimbabwean upbringing as well as her love for flavor using spices from around the world. One of the exciting features is the menu, which divides offerings into plates for one and communal platters to be shared.

Friday lunch at Saltbox Fish Joint was a great way to begin the day, especially since I had the privilege of talking to owner-chef Ricky Moore. Ricky’s passion and warmth shows up in every word and he dish he serves. The food was fresh and the seafood was prepared perfectly.

I had a chance to choose how I’d spend Friday afternoon and chose to get coffee at a local shop near Duke University called Cocoa Cinnamon. Jackson loved their donuts 🙂

We also went to a baby store called Tiny to pick up some books for Jackson to read and headed to Letters Bookshop to pick up a few books of my own.

Dinner was at Copa, a Cuban fine-dining restaurant, where I indulged in dinner with tapas and cocktails crafted in the memory of great Cuban men and women.