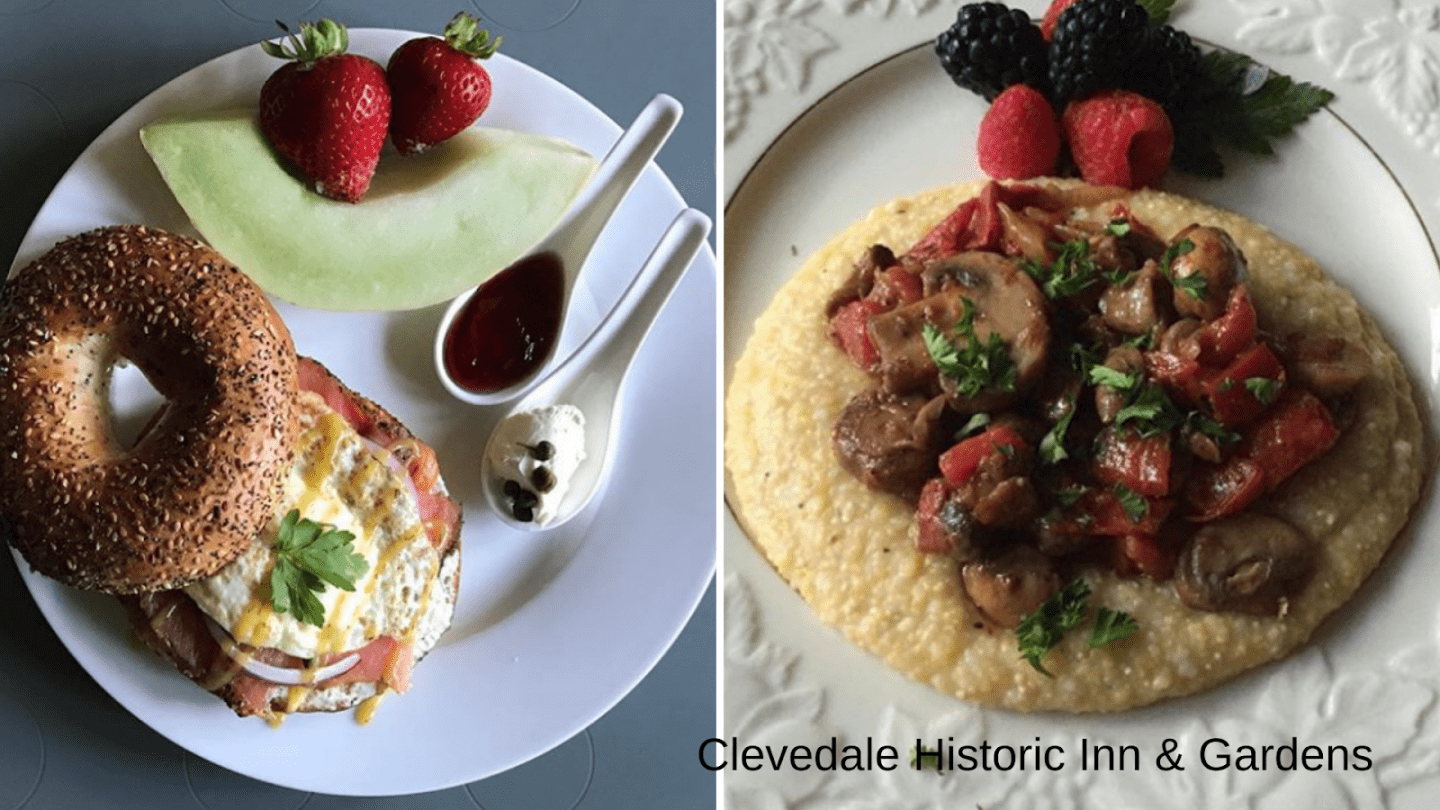 Christmas and New Year’s Day are special times that require special breakfast foods, whether you’re doing the day solo or plan to feed an army of family and friends. For inspiration, let’s look at what two of the South’s finest black-owned inns whip up for guests every day. We found these goodies on Instagram.

The Inn at Folkston is the first bed and breakfast in Folkston, Georgia. Alease and Ted Kelly are the Inn’s third set of owners and innkeepers. The restored 1920s bungalow has been described as “peaceful” in reviews. Breakfast, according to their Instagram feed, is natural and homestyle. The Kellys source their sausage from Wainwright’s Sausage, a local and regional butchery.

Below, the Kellys served warm Cinnamon Apples as a breakfast appetizer. On another morning, Chef Ted Kelly baked a bacon and cheddar quiche served with a berry muffin.

To the left are Chef Ted’s banana nut pancakes while to the right French toast with cinnamon caramel apple sauce; both are served with a side of Wainwright’s sausage.

Innkeepers Paul Roberts Abernathy and Pontheolla Mack Abernathy purchased Clevedale in 2012. The original home and its land once belonged to the Cleveland family, which produced a former U.S. president and the founder of Cleveland, Ohio. The Abernathys take breakfast very seriously, and the inspiration found on their Instagram page is not only great pickings for breakfast and brunch but also brinner (breakfast for dinner).

The lox and bagel sandwich is served with a single over-easy egg and a side of in-season fruit. And on the right is Clevedale’s vegan breakfast with a side of blackberries and raspberries. Sauteed mushrooms and onion with fire-roasted tomatoes sit on a bed of Charleston stone ground grits.

As you can see, there is something for almost everyone. Eight filling and beautiful breakfast inspirations to serve this holiday season and even all year.