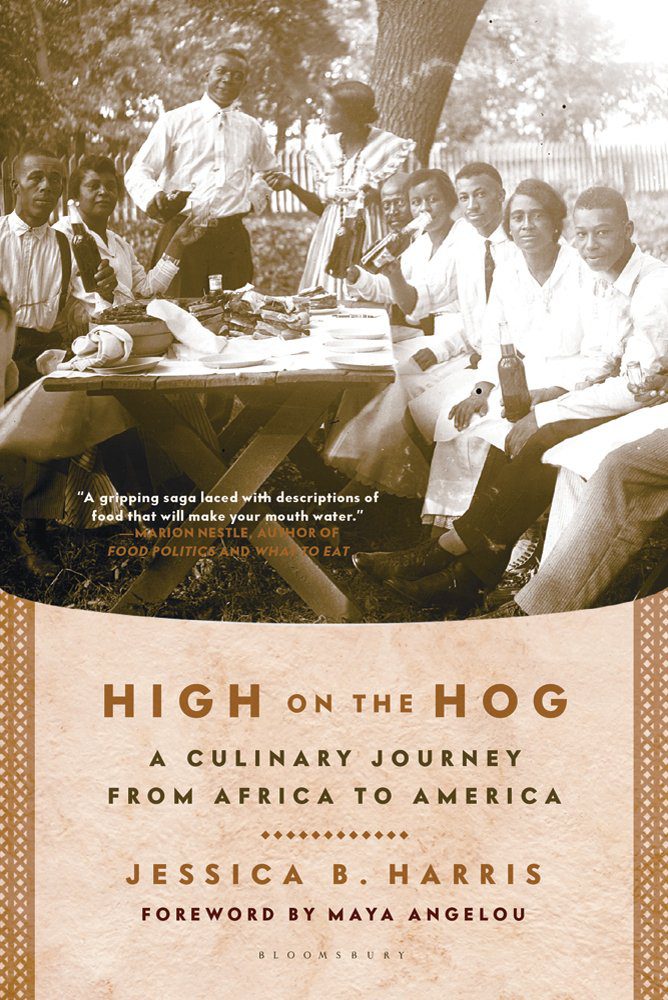 Do you love learning about history and also love southern food? We have the perfect list for you today. From Gullah food to whole hog BBQ, there are a number of cuisines to explore in the spectrum of soul food. My favorite soul food is influenced by church celebrations and today we are giving you our list ofA�Soul Food History Books You Must Buy to learn even more. This list is just a starter list, so and feel free to share some of your favorites with us so we can add. 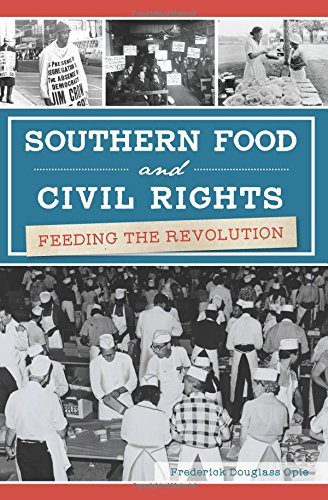 Food has been and continues to be an essential part of any movement for progressive change. From home cooks and professional chefs to local eateries and bakeries, food has helped activists continue marching for change for generations. Paschal’s restaurant in Atlanta provided safety and comfort food for civil rights leaders. Elijah Muhammad and the Nation of Islam operated their own farms, dairies and bakeries in the 1960s. “The Sandwich Brigade” organized efforts to feed the thousands at the March on Washington. Author Fred Opie details the ways southern food nourished the fight for freedom, along with cherished recipes associated with the era.

Eatonville, Florida native Zora Neale Hurston’s early twentieth-century ethnographic research and writing emphasizes the essentials of food in Florida through simple dishes and recipes. It considers foods prepared for everyday meals as well as special occasions and looks at what shaped people’s eating traditions in early twentieth-century Florida. Hurston did for Florida what William Faulkner did for Mississippi–provided insight into a state’s history and culture through various styles of writing. Her collected food stories, folklore and remedies, and the related recipes food professor Fred Opie pairs with them, are essential reading for those who love to cook and eat.

Vibration Cooking: or, The Travel Notes of a Geechee Girl 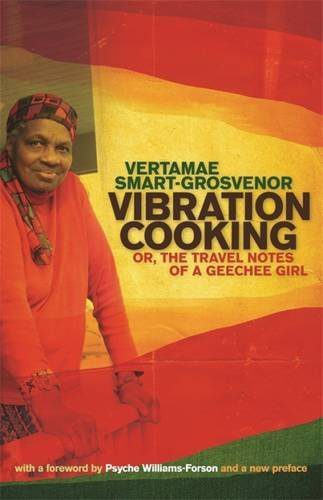 Vibration Cooking was first published in 1970, not long after the term a�?soul fooda�? gained common use. While critics were quick to categorize her as a proponent of soul food, Smart-Grosvenor wanted to keep the discussion of her cookbook/memoir focused on its message of food as a source of pride and validation of black womanhood and black a�?consciousness raising.a�?

In 1959, at the age of nineteen, Smart-Grosvenor sailed to Europe, a�?where the bohemians lived and let live.a�? Among the cosmopolites of radical Paris, the Gullah girl from the South Carolina low country quickly realized that the most universal lingua franca is a well-cooked meal. As she recounts a cool cata��s nine lives as chanter, dancer, costume designer, and member of the Sun Ra Solar-Myth Arkestra, Smart-Grosvenor introduces us to a rich cast of characters. We meet Estella Smart, Vertamaea��s grandmother and connoisseur of mountain oysters; Uncle Costen, who lived to be 112 and knew how to make Harriet Tubman Ragout; and Archie Shepp, responsible for Collard Greens A� la Shepp, to name a few. She also tells us how poundcake got her a marriage proposal (she didna��t accept) and how she perfected omelettes in Paris, enchiladas in New Mexico, biscuits in Mississippi, and feijoida in Brazil. a�?When I cook, I never measure or weigh anything,a�? writes Smart-Grosvenor. a�?I cook by vibration.a�?

Hog and Hominy: Soul Food from Africa to America (Arts and Traditions of the Table: Perspectives on Culinary History) 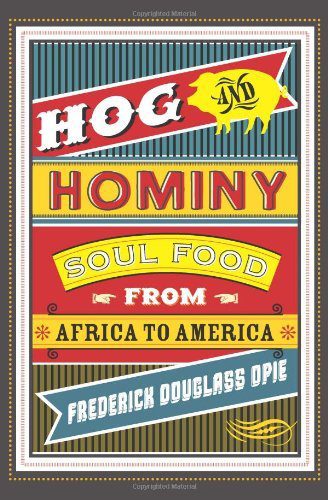 Frederick Douglass Opie deconstructs and compares the foodways of people of African descent throughout the Americas, interprets the health legacies of black culinary traditions, and explains the concept of soul itself, revealing soul food to be an amalgamation of West and Central African social and cultural influences as well as the adaptations blacks made to the conditions of slavery and freedom in the Americas.

Sampling from travel accounts, periodicals, government reports on food and diet, and interviews with more than thirty people born before 1945, Opie reconstructs an interrelated history of Moorish influence on the Iberian Peninsula, the African slave trade, slavery in the Americas, the emergence of Jim Crow, the Great Migration, the Great Depression, and the Civil Rights and Black Power movements. His grassroots approach reveals the global origins of soul food, the forces that shaped its development, and the distinctive cultural collaborations that occurred among Africans, Asians, Europeans, and Americans throughout history. Opie shows how food can be an indicator of social position, a site of community building and cultural identity, and a juncture at which different cultural traditions can develop and impact the collective health of a community.

High on the Hog: A Culinary Journey from Africa to America

Acclaimed cookbook author Jessica B. Harris weaves an utterly engaging history of African American cuisine, taking the reader on a harrowing journey from Africa across the Atlantic to America, and tracking the trials that the people and the food have undergone along the way. From chitlins and ham hocks to fried chicken and vegan soul, Harris celebrates the delicious and restorative foods of the African American experience and details how each came to form an important part of African American culture, history, and identity. Although the story of African cuisine in America begins with slavery, High on the Hog ultimately chronicles a thrilling history of triumph and survival. The work of a masterful storyteller and an acclaimed scholar, Jessica B. Harris’s High on the Hog fills an important gap in our culinary history.