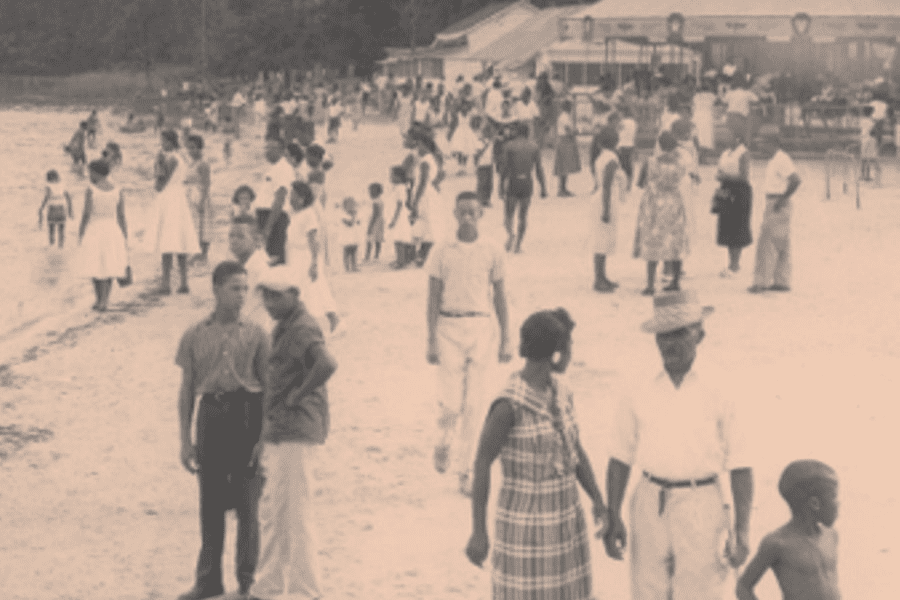 The Land Was Ours: How Black Beaches Became White Wealth in the Coastal South by Andrew W. Kahrl

The coasts of today’s American South feature luxury condominiums, resorts, and gated communities, yet just a century ago, a surprising amount of beachfront property in the Chesapeake, along the Carolina shores, and around the Gulf of Mexico was owned and populated by African Americans. Blending social and environmental history, Andrew W. Kahrl tells the story of African American–owned beaches in the twentieth century. By reconstructing African American life along the coast, Kahrl demonstrates just how important these properties were for African American communities and leisure, as well as for economic empowerment, especially during the era of the Jim Crow South. However, in the wake of the civil rights movement and amid the growing prosperity of the Sunbelt, many African Americans fell victim to effective campaigns to dispossess black landowners of their properties and beaches.

An American Beach for African Americans

In the only complete history of Florida’s American Beach to date, Marsha Dean Phelts draws together personal interviews, photos, newspaper articles, memoirs, maps, and official documents to reconstruct the character and traditions of Amelia Island’s 200-acre African American community. In its heyday, when other beaches grudgingly provided only limited access, black vacationers traveled as many as 1,000 miles down the east coast of the United States and hundreds of miles along the Gulf coast to a beachfront that welcomed their business.

Beginning in 1781 with the Samuel Harrison homestead on the southern end of Amelia Island, Phelts traces the birth of the community to General Sherman’s Special Field Order No. 15, in which the Union granted many former Confederate coastal holdings, including Harrison’s property, to former slaves. She then follows the lineage of the first African American families known to have settled in the area to descendants remaining there today, including those of Zephaniah Kingsley and his wife, Anna Jai.

In White Sand Black Beach, historian and longtime Miami activist Gregory Bush recounts this unique story and the current state of the public waterfront in Miami. Recently environmentalists, community leaders, and civil rights activists have come together to revitalize the beach, and Bush highlights the potential to stimulate civic engagement in public planning processes. While local governments defer to booster and lobbying interests pushing for destination casinos and boat shows, Bush calls for a land ethic that connects people to the local environment. He seeks to shift the local political divisions beyond established interest groups and neoliberalism to a broader vision that simplifies human needs, and reconnects people to fundamental values such as health. A place of fellowship, relaxation, and interaction with nature, this beach, Bush argues, offers a common ground of hope for a better future.

In 1928, Eli Reid purchased 400 acres of picturesque property on the banks of the Chowan River in Hertford County, North Carolina. Soon after he acquired the land, Reid began turning the area into a Segregation-era resort for African Americans, and Chowan Beach was born.

As the resort began to take shape in the late 1920s, it was clear that something special had been started. Wide sandy beaches were built, and construction was immediately started on guest cottages, bathhouses, a dance hall, photo studio, restaurant, picnic area and magnificent German-made carousel. Chowan Beach was an immediate success, and throngs of African Americans began to stream in from across North Carolina and the East Coast to relax and enjoy the atmosphere and spectacular views–an oasis of fun in a social desert of limited opportunities and unfair treatment. The water was cool and refreshing, the crowds were friendly, and the music was hot, as the beach was a popular stop for musicians touring on the “Chitlin Circuit,” including B.B. King, James Brown, Sam Cooke and The Drifters.

In this nostalgic new book, author Frank Stephenson brings back the glory days of Chowan Beach with an array of vintage photographs and a brief history of the area. Come along as Stephenson revisits the past of this beloved beach and offers a reminder of what it meant to generations of African American visitors.