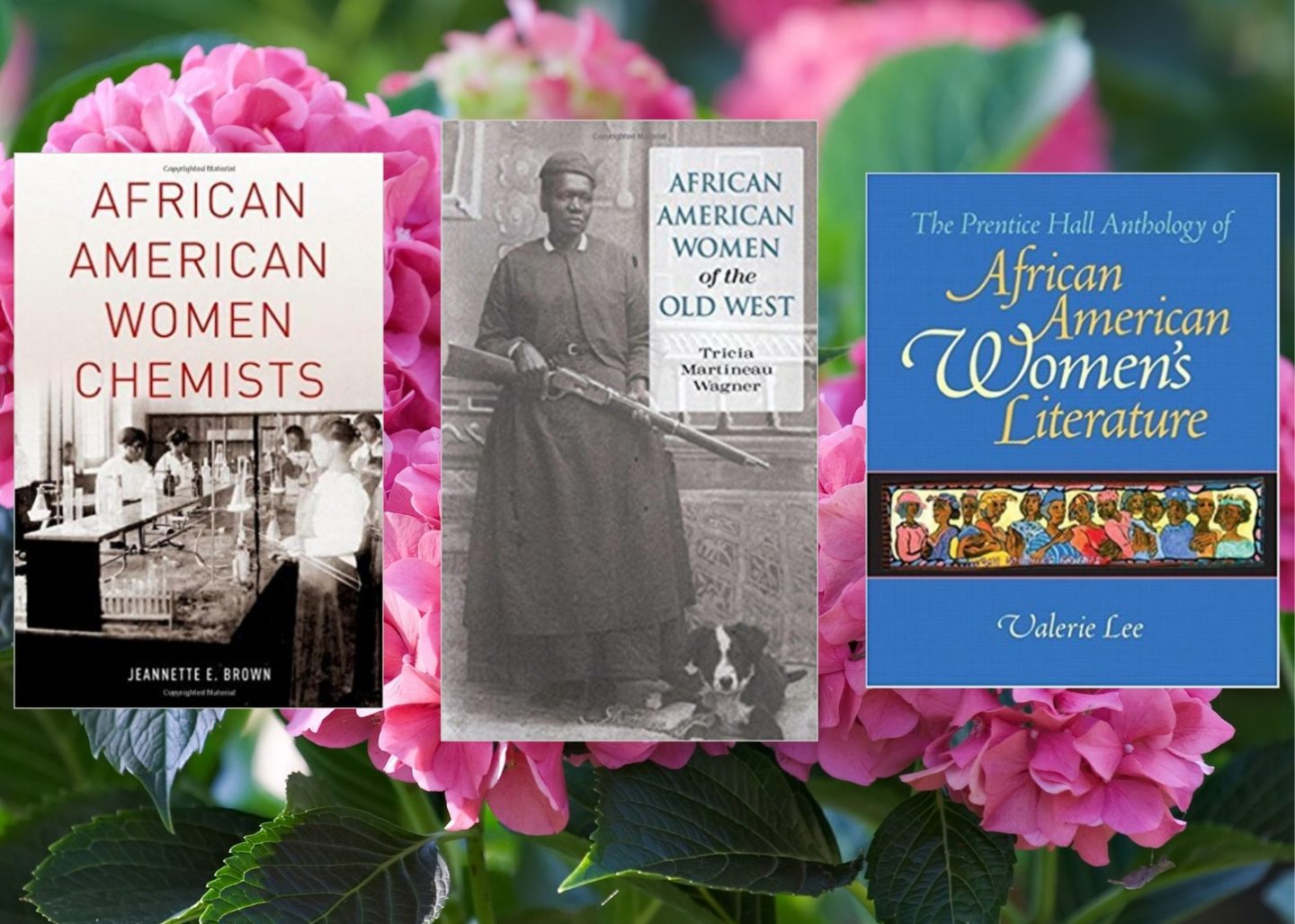 Black History Month is here and we are excited to celebrate it, especially the accomplishments of women. Today we are featuringA�10 African American Women History Books To Buy. From the civil rights movement, art, science and more, these books are a great start to learning more about the history of African American Women. Add these books to your library and coffee table collection ASAP and share of your favorites with us on social media as well.

The brave pioneers who made a life on the frontier were not only malea��and they were not only white. The story of African-American women in the Old West is one that has largely gone untold until now. The stories of ten African-American women are reconstructed from historic documents found in century-old archives. Some of these women slaves, some were free, and some were born into slavery and found freedom in the old west. They were laundresses, freedom advocates, journalists, educators, midwives, business proprietors, religious converts, philanthropists, mail and freight haulers, and civil and social activists. These hidden historical figures include Biddy Mason, a slave who fought for her family’s freedom; Elizabeth Thorn Scott Flood, a teacher determined to educate black children and aid them in leading better lives; and the mysterious Mary Ellen Pleasant, a civil rights crusader and savvy businesswoman. Even in the face of racial prejudice, these unsung heroes never gave up hope for a brighter future.

Sisters in the Struggle : African-American Women in the Civil Rights-Black Power Movement

In Sisters in the Struggle, we hear about the unsung heroes of the civil rights movements such as Ella Baker, who helped found the Student Non-Violent Coordinating Committee, Fannie Lou Hamer, a sharecropper who took on segregation in the Democratic party (and won), and Septima Clark, who created a network of “Citizenship Schools” to teach poor Black men and women to read and write and help them to register to vote. We learn of Black women’s activism in the Black Panther Party where they fought the police, as well as the entrenched male leadership, and the Southern Christian Leadership Conference, where the behind-the-scenes work of women kept the organization afloat when it was under siege. It also includes first-person testimonials from the women who made headlines with their courageous resistance to segregationa��Rosa Parks, Charlayne Hunter-Gault, and Dorothy Height.

Rosalyn Terborg-Penn draws from original documents to take a comprehensive look at the African American women who fought for the right to vote. She analyzes the women’s own stories, and examines why they joined and how they participated in the U.S. women’s suffrage movement.

Not all African American women suffragists were from elite circles. Terborg-Penn finds representation by working-class and professional women, from all parts of the nation, Some employed radical, others conservative, means to gain the right to vote. Black women, however, were unified in working to use the ballot to improve not only their own status, but the lives of black people in their communities.

Encompassing Pulitzer Prize winners Toni Morrison, Alice Walker, Gwendolyn Brooks, and Rita Dove, national icons Maya Angelou and Nikki African Giovanni, and prominent cult figures Zora Neale Hurston and Octavia Butler, African American women’s literature is the one of the fastest growing areas of American literature today. This is the first comprehensive anthology of African American women’s literature. This is the only book that covers all historical periods, from the 18th century up through the early years of the 21st century; and all genres: from poems, essays, journal entries, and short stories to novels and black feminist criticism. An exciting and interested reader for anyone who wants a comprehensive package of African-American women’s writings.

Double Victory tells the stories of African American women who did extraordinary things to help their country during World War II. In these pages young readers meet a range of remarkable women: war workers, political activists, military women, volunteers, and entertainers. Some, such as Mary McLeod Bethune and Lena Horne, were celebrated in their lifetimes and are well known today. But many others fought discrimination at home and abroad in order to contribute to the war effort yet were overlooked during those years and forgotten by later generations. Double Victory recovers the stories of these courageous women, such as Hazel Dixon Payne, the only woman to serve on the remote Alaska-Canadian Highway; Deverne Calloway, a Red Cross worker who led a protest at an army base in India; and Betty Murphy Phillips, the only black female overseas war correspondent. Offering a new and diverse perspective on the war and including source notes and a bibliography, Double Victory is an invaluable addition to any studenta��s or history buffa��s bookshelf.

Traces Of A Stream: Literacy and Social Change Among African American Women