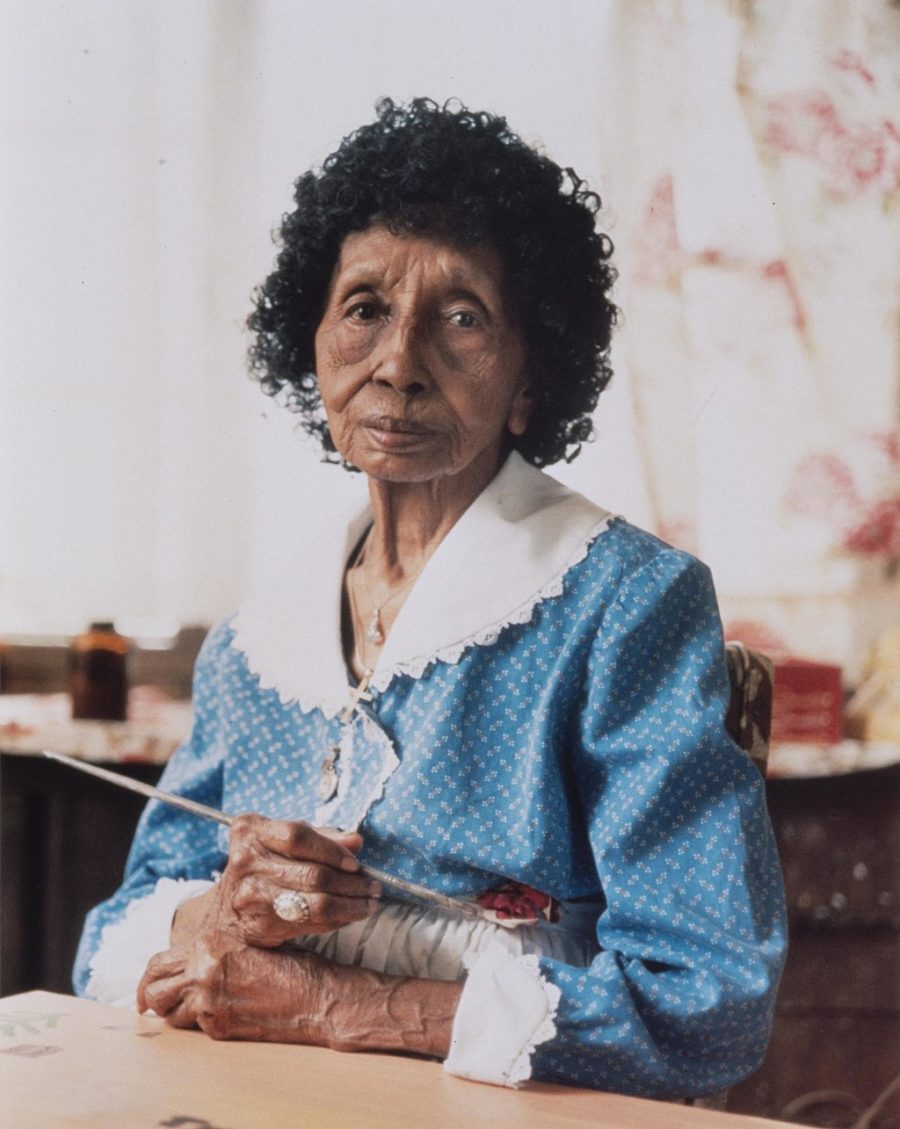 Do a quick online search for the Melrose Plantation Cookbook and you will find a coveted copy for almost two-thousand dollars. The cookbook penned by artist Clementine Hunter with  François Mignon (nee Frank Mineah) was first published in 1956 and is in the category of “rare.” The Smithsonian National Museum of African American History and Culture (NMAAHC) has a copy in its collection, and the Smithsonian’s American Art museum holds Hunter’s hand-sewn quilt depicting the grounds of Melrose Plantation, a place where she worked, lived and created until the end of her life at age 101.

For those who are unfamiliar with Clementine (nee Clémence Reuben) Hunter the American folk artist, you are in for a treat. Hunter was born at Hidden Hill Plantation near Cloutierville, in Natchitoches Parish, Louisiana in 1886 or 1887. She was a farm laborer, who never learned to read or write, but could speak Creole French fluently and did until she learned English. But she explored her creativity as a painter, quilter, crafter and cook and in her fifties, and began to sell her paintings that featured life on Melrose Plantation sometimes for as little as a quarter. François Mignon, an artist in residence at Melrose, ‘discovered’ and promoted her work, which is now exhibited in galleries and museums around the world. The cookbook contains her spin on traditional Creole dishes and a few original recipes, which she served to guests at Melrose.

Though Hunter was not born enslaved, she worked at Melrose, which was at one time owned by Louis Metoyer, son of Marie Thérèse Coincoin, a formerly-enslaved Creole businesswoman. Cammy Henry’s husband purchased the plantation and it was turned into an artist’s colony. Hunter began working the fields at Melrose as a teenager with her parents and siblings. She married twice there and had her children on the grounds. Mignon, a visiting artist, is said to have supported her creativity by purchasing paints and other materials for Hunter, as well as hosting her first exhibit.

The significance of the cookbook is that while it was co-authored by the duo, Hunter illustrated and lent her family’s recipes that had been handed down to her as oral history. Mignon most likely did the writing and editing. The text consists of a seven page introduction, and 31 recipes that range from entrees to appetizers to desserts. The historical value of the cookbook can be attributed to three things: Mrs. Hunter’s notoriety as an artist, the cuisine of the Cane River region of Louisiana, and the importance of Melrose Plantation as an artist’s colony.

There is also one other point of interest. The irony that a self-taught Creole woman who could not read or write would thrive creatively and rise to acclaim on once owned by a formerly enslaved woman and her son is the fulfillment of the Coincoin-Metoyer desire to protect and assist enslaved people to live an empowered existence. Clementine Hunter indeed lived empowered using her God-given artistic abilities to paint and make food.

More photos of book can be found here https://nmaahc.si.edu/object/nmaahc_2014.238

Back and front cover. Abe Books.