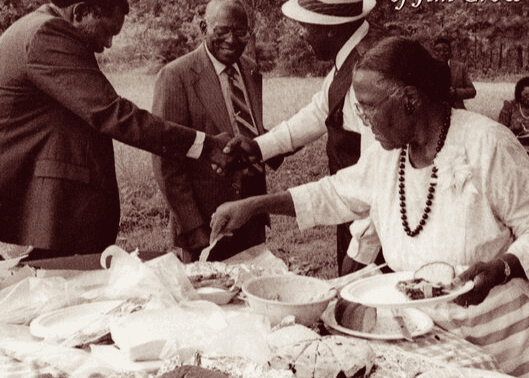 Everything is bigger in Texas and that goes for history as well. There is such a rich heritage of African American culture in the Lone Star State and today we have curated 3 Books to Explore Black History in Texas. If you are from Texas be sure to share images of your favorite cultural events, books, monuments and more using the hashtag #blacksouthernbelle

In the decades following the Civil War, nearly a quarter of African Americans achieved a remarkable victory—they got their own land. While other ex-slaves and many poor whites became trapped in the exploitative sharecropping system, these independence-seeking individuals settled on pockets of unclaimed land that had been deemed too poor for farming and turned them into successful family farms. In these self-sufficient rural communities, often known as “freedom colonies,” African Americans created a refuge from the discrimination and violence that routinely limited the opportunities of blacks in the Jim Crow South.

Freedom Colonies is the first book to tell the story of these independent African American settlements. Thad Sitton and James Conrad focus on communities in Texas, where blacks achieved a higher percentage of land ownership than in any other state of the Deep South. The authors draw on a vast reservoir of ex-slave narratives, oral histories, written memoirs, and public records to describe how the freedom colonies formed and to recreate the lifeways of African Americans who made their living by farming or in skilled trades such as milling and blacksmithing. They also uncover the forces that led to the decline of the communities from the 1930s onward, including economic hard times and the greed of whites who found legal and illegal means of taking black-owned land. And they visit some of the remaining communities to discover how their independent way of life endures into the twenty-first century.

African American have lived in Texas for more than four hundred years―longer than in any other region of the United States. Beginning with the arrival of the first African American in 1528, Alwyn Barr, in Black Texans, examines the African American experience in Texas during the periods of exploration and colonization, slavery, Reconstruction, the struggle to retain the freedoms gained, the twentieth-century urban experience, and the modern civil rights movement. Barr discusses each period of African-American history in terms of politics, violence, and legal status; labor and economic status; education; and social life.

Black Texans includes the history of the buffalo soldiers and the cowboys on Texas cattle drives, along with the achievements of notable African-American individuals in Texas history, from the Estevan the explorer through legislator Norris Wright Cuney and boxer Jack Johnson to state senator Barbara Jordan. Barr carries the story up to the present day in this second edition, which includes a new preface a new chapter on the years 1970-95, and a revised index.

Beginning after World War I, Houston was transformed from a black-and-white frontier town into one of the most ethnically and racially diverse urban areas in the United States. Houston Bound draws on social and cultural history to show how, despite Anglo attempts to fix racial categories through Jim Crow laws, converging migrations—particularly those of Mexicans and Creoles—complicated ideas of blackness and whiteness and introduced different understandings about race. This migration history also uses music and sound to examine these racial complexities, tracing the emergence of Houston’s blues and jazz scenes in the 1920s as well as the hybrid forms of these genres that arose when migrants forged shared social space and carved out new communities and politics.

This interdisciplinary book provides both an innovative historiography about migration and immigration in the twentieth century and a critical examination of a city located in the former Confederacy.