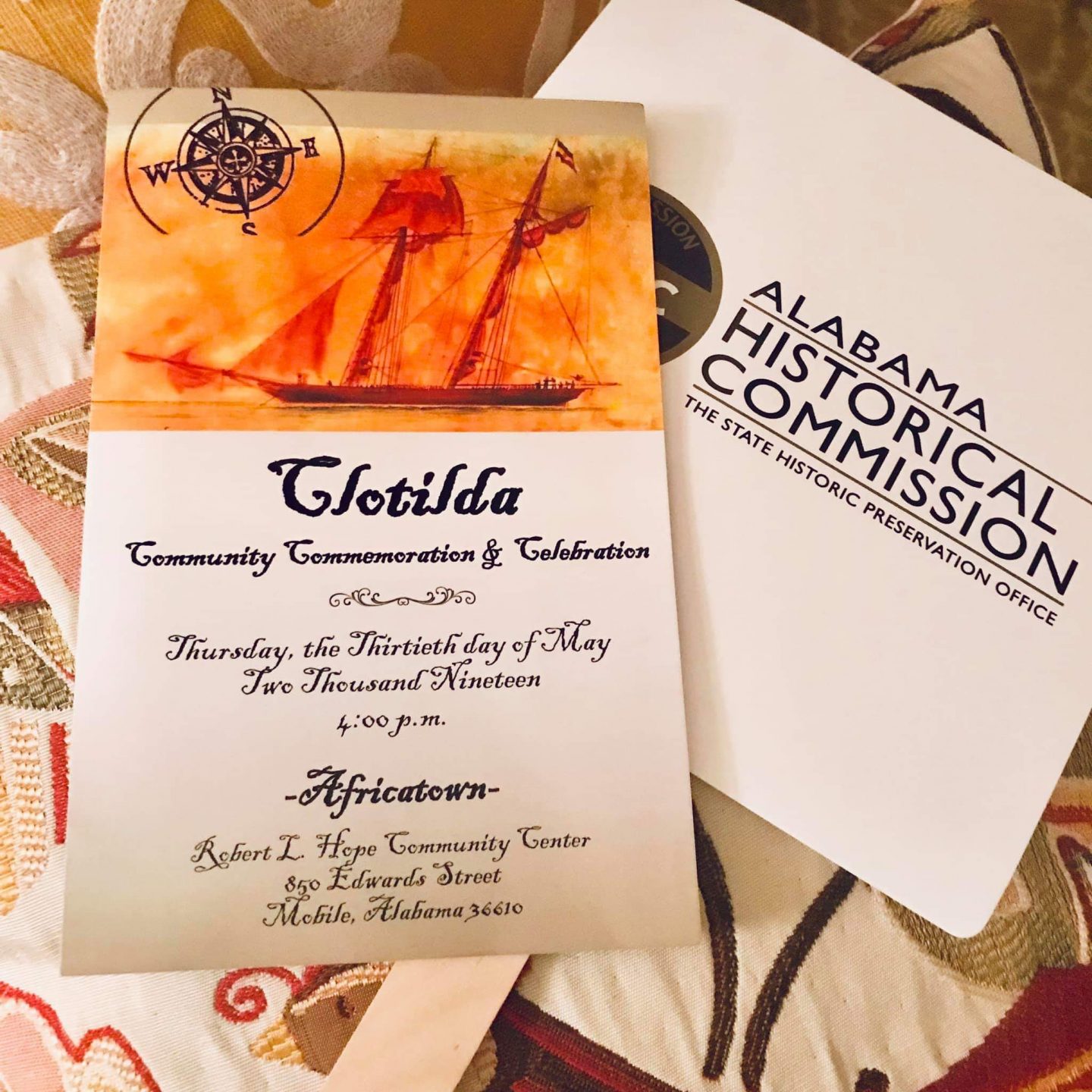 This May, the remains of the last known slave ship to reach America, Clotilda, were discovered near the historic river neighborhood of Africatown. A historic district and ancestral grounds for African Americans near Mobile, Alabama. This history is groundbreaking and is important to the preservation of African American and American history. If you have time, I implore you to visit Mobile, Alabama and explore the neighborhood of Africatown. Here are images from the celebration of the discovery. We love showcasing African American historical sites throughout the South, if you have sites in your state that you want to highlight, please send them to us by email using the email michiel@blacksouthernbelle.com or the hashtag #blacksouthernbelle

Read more about this discovery in the press release from the Alabama Historical Commission below:

(Montgomery, AL) After a comprehensive assessment and months of research, the Alabama Historical Commission (AHC) is proud to announce the wreck of the Clotilda, the last known vessel to bring enslaved persons to the United States, has been identified.

For nearly 160 years, the waters around Mobile have concealed the final destination of the Gulf Schooner Clotilda. Residents of Africatown have carried the memory of their ancestors who were forcefully and violently migrated from Africa to the shores of Alabama. Since then, the final chapter of the Clotilda story has been shrouded in mystery.

From February to July 1860, the Clotilda illegally transported 110 people from Benin, Africa to Mobile, Alabama. This gross transgression took place 52 years after the United States banned the importation of enslaved people to the country. Co-conspirators, Timothy Meaher and Captain William Foster made an effort to evade authorities and destroy evidence of their criminal voyage by burning the vessel and dividing the Africans among their captors, where they remained in slavery until the end of the Civil War. A small band of the Clotilda passengers reunited post-war with the hopes of returning to Africa. When that dream was not realized, the survivors and their descendants established a new home for themselves in the Plateau area of Mobile – a community which is now known today as Africatown.

“The discovery of the Clotilda is an extraordinary archaeological find,” said Lisa Demetropoulos Jones, State Historic Preservation Officer and Executive Director of the Alabama Historical Commission. “The voyage represented one of the darkest eras of modern history and is a profound discovery of the tangible evidence of slavery.”

Jones continued, “This new discovery brings the tragedy of slavery into focus while witnessing the triumph and resilience of the human spirit in overcoming the horrific crime that led to the establishment of Africatown.”

Under the federal mandate set forth in the Abandoned Shipwrecks Act of 1999, the Alabama Historical Commission, the State Historic Preservation Office of Alabama, is charged with the management and guardianship of maritime archaeological sites abandoned and embedded in Alabama waters.

In accordance with that mandate, the AHC took action last January after Ben Raines, an Alabama reporter, broke news with a claim of having located and identified the ship. Though the ship detected was in fact not the Clotilda, the incident renewed interest in resolving the puzzle of what had become of the ship that transplanted the enslaved individuals from Africa to Alabama.

The work and focus of the AHC became to locate the remains and confirm the identity of the storied shipwreck.  The Alabama Historical Commission, working in conjunction with Black Heritage Council, National Geographic Society (NGS), SEARCH, Inc., Smithsonian National Museum of African American History & Culture (NMAAHC), the Slave Wrecks Project (SWP), Diving with a Purpose (DWP), and the National Park Service (NPS), assembled a team of foremost experts in maritime archaeology led by Dr. James Delgado and SEARCH, Inc. to conduct archaeological assessment of a previously unsearched area of the Mobile River.

Initial historical research and archaeological survey revealed up to two dozen vessels from the 19th and 20th centuries.

The survey led to underwater excavation that revealed one wreck that closely matched some of the known characteristics of Clotilda. “Utilizing the latest scientific techniques and in-depth archival research, the team identified a target for further investigation and excavation,” said Eric Sipes, Senior Archaeologist with the State of Alabama.

Before this survey, Raines and a team of researchers from the University of Southern Mississippi (USM) had conducted a search of their own that also pointed to the same target.

After a year of study, including forensic analysis in SEARCH and National Geographic’s laboratories, consulting with other experts, exhaustive archival research into original documents, the scientific research concluded the wreck is likely Clotilda.

“The resulting report of findings was sent to an international panel of renowned maritime archaeologists for peer review to ensure the data met the highest standards of scientific research in the field,” said Sipes.

Their conclusions were independently reviewed and agreed upon by an international suite of leading authorities.

“We are cautious about placing names on shipwrecks that no longer bear a name or something like a bell with the ship’s name on it,” notes Delgado, “but the physical and forensic evidence powerfully suggests that this is Clotilda.”

Delgado also said that Ben Raines had continued to be involved with the search that was ultimately successful.  “We would be remiss if we did not acknowledge Ben Raines.  Ben brought international attention to this and I think the find has come in some measure as a result of Ben’s initiative and determination.”  He went on to say, “There’s no one person, there’s a whole group of people who discovered Clotilda.  Ben Raines is in that group.”

Revealing details that point to the shipwreck being the Clotilda include confirmation of the schooner’s unique size, dimensions, and building materials comprised of locally sourced lumber and “pig iron” that are an exact match to the specifications outlined in historic registries. Experts were able to observe the exceptional construction and determine the ship was built prior to 1870. The vessel remains also showed signs of burning, which is concurrent with Captain Foster’s claim that he burned the Clotilda after scuttling her. A detailed survey of all surviving historical survey records for schooners in the entire Gulf of Mexico region, and including those of the port of Mobile, found only four vessels built in the size range as this wreck; only one, Clotilda, out of some 1,500 vessels assessed in the archival records, matches the wreck.

“Finding the Clotilda represents the final nautical bookend to one of the most horrific periods in American and world history. It is my hope that this discovery brings a comforting peace to the Africatown descendants and begins a process of genuine community and memory restoration,” said Kamau Sadiki, a member of the Slave Wrecks Project and peer review team that confirmed the identity of the Clotilda.

Now that the preponderance of evidence makes a clear statement as to the likelihood of the ship’s identity, the Alabama Historical Commission shifts its focus to the protection of the asset.

The path to discovery has been heavily dependent upon the necessary corroboration by scientific methodology, which also requires additional research to not only inform next steps, but to make recommendations as to the overall preservation of the site. “Additional archaeological research will help us to learn more details about the story of the Clotilda and its survivors,” remarked Stacye Hathorn, State Archaeologist of Alabama.  “It is important to preserve the site so that additional research may be conducted and the story may emerge.”

The search for the remains of this infamous ship has captured the public’s attention over the past two years, and with it, a desire to bring to a conclusion this dark chapter in Alabama’s history and provide answers for the descendants of the Clotilda and members of the Africatown community.

“As archaeologists, we are often asked why the work we do matters,” offered SEARCH, CEO, Anne Stokes. “The story of Clotilda is a powerful testament to how cultural heritage can impact a community, especially one as powerfully connected to this story as Africatown.”

“The National Geographic Society is honored to have supported the scientific research behind the discovery of the Clotilda. Supporting bold individuals and organizations who illuminate the wonders of our world, and all that’s in it, is at the heart of the Society’s mission,” said Fredrik Hiebert, archeologist-in-residence at the National Geographic Society. “We are guided by the belief that science and exploration will help us better understand the human journey.”

The significance of the archaeological find is not limited to the artifact; this resolution has been more than a century in the making for the descendants of the Clotilda survivors and for citizens of Africatown. They established themselves in a foreign land while holding fast to their customs and identity despite the tragedies that befell them.

“Finding this important historical asset is pivotal to reconciliation with the citizens of Africatown, the State of Alabama and the nation,” said Clara Nobles, Alabama Historical Commission Assistant Executive Director.  “We should not forget that the larger story here is the people and what they were able to accomplish.”

“The leadership and citizens of Africatown look forward to working with the AHC and project partners to tell our story and move forward as a community,” said Joycelyn Davis, descendent from the Clotilda.

On Thursday, May 30, the Media is invited to the Official Press Conference where the Archaeological Report will be released in conjunction with a celebration community event at the Robert Hope Center in the heart of Africatown. Representatives from the Alabama Historical Commission, Black Heritage Council, SEARCH, National Geographic, Smithsonian Institution, and others will be on hand with forthcoming announcements from project partners. 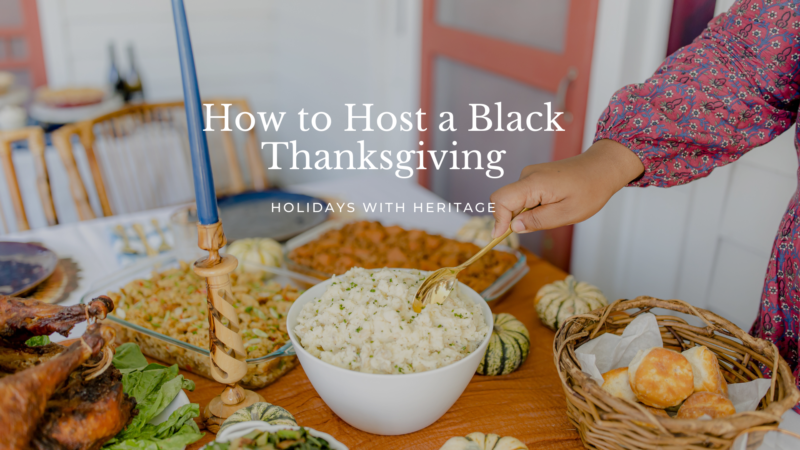