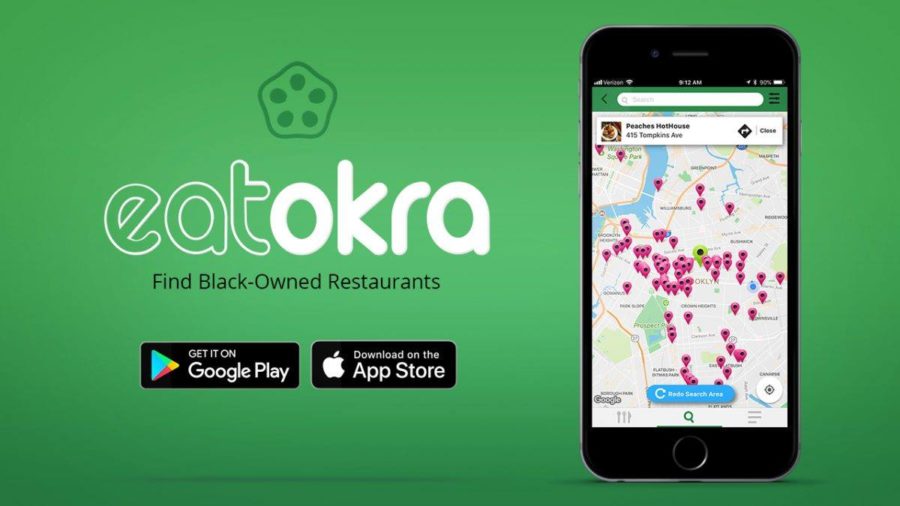 Anthony Edwards returned to the United States after military service with a renewed sense of community. He wanted to use his talent and skills to create something that benefits blacks and the opportunity presented itself in the form of his personal interest in eating out. He noticed that there was no one place online, where you can access immediate information about the nation’s black-owned restaurants.

Edwards started counting the number of black and Diaspora restaurants in his Brooklyn neighborhood. He was awed by the number, which led Edwards and fiancé Janique Bradley to research restaurants in other cities. The partners created a business model for the application and found a third partner, Justin Johnson to execute. The first iteration of eatOkra was released in 2016 with a debugged relaunch in 2017.

The team chose the word “okra” for the app’s name, according to Edwards, because of the vegetable’s inclusion in many Diaspora food recipes. It was also used as a nod to African and black history.

To date, eatOkra has 800-plus restaurants, coffee houses, and is adding food-related events such as pop-ups and food trucks in its growing database. The majority of the black-owned (soul food, BBQ, Caribbean, African and more) restaurants users can access are in major U.S. cities in almost 20 states, including the District of Columbia. Restaurants are added or purged based on user feedback.

eatOkra is in the throes of an organic growth in users.  Edwards believes the causes vary, “Sometimes there are spikes” because of viral news stories while other times are less identifiable. Whatever the case, Edward says, “People want to experience community again, especially as it pertains to food. The app helps in locating those communities as they travel or simply desire to enjoy a meal while supporting black-owned businesses.”

The app is ideal for summer travelers seeking to eat in restaurants that support heritage. eatOkra is available on iTunes and Google Play for Android users. Follow eatOkra on Twitter (eatOkratheApp), Facebook (eatOkratheApp) and Instagram (eatOkratheApp) for updates and to communicate with the team.